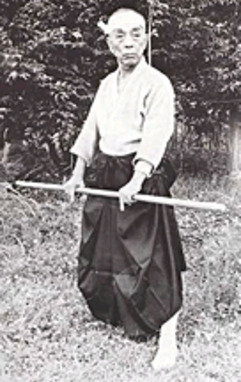 The Bujinkan (武神館) is an international martial arts organisation based in Japan and headed by Masaaki Hatsumi. The combat system taught by this organisation comprises nine separate ryūha, or schools, which are collectively referred to as Bujinkan Budō Taijutsu. The Bujinkan is most commonly associated with ninjutsu. However, Masaaki Hatsumi uses the term Budo (meaning martial way) as he says the ryūha are descended from historical samurai schools that teach samurai martial tactics and ninjutsu schools that teach ninja tactics. 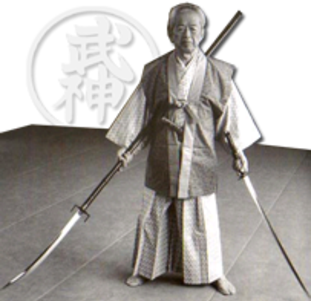 Hatsumi was born in Noda, Chiba on December 2, 1931. He heavily participated in sports during his school years, along with martial arts and theatre, including becoming "captain of the football team". While attending the Meiji University,[citation needed] he continued learning judo and eventually rose to Yudansha or Dan rank. He also began teaching Judo during his time at the university to American soldiers at the nearby Yokota Air Base. After graduating, Hatsumi began to search for a teacher to further his study of martial arts. He began his Kobudo training under Ueno Chosui. When he was 26 he met Ueno's teacher, Toshitsugu Takamatsu, known as "the Tiger of Mongolia". Hatsumi was accepted as Takamatsu's student and spent fifteen years on Honshu Island learning various ninjutsu styles from Takamatsu and other members of the Takamatsu family, also he continued to learn judo, Shito Ryu karate, aikido, and kobudo.

Takamatsu died in Nara, Japan in 1972 after advancing Hatsumi from student to Soke and bestowing on him "all the art of the nine schools", and of course the grandmaster's scrolls, three of which he indicated were ancient ninja schools and six samurai jujutsu schools of martial arts. Hatsumi went on to found the Bujinkan Dojo in Noda, Japan to teach the nine schools to other students. His first trip to the United States was in 1982 and he has since continued to participate in yearly ninjutsu Tai Kai (gathering) around the world. Hatsumi also worked as a Seikotsu-in (整骨院), or bonesetter, after his graduation and was chairman of the Writers Guild of Japan at one point in time. He was the writer of a martial arts magazine Tetsuzan, which was "distributed in 18 countries.

The 9 schools of the bujinkan